The ‘climate wars’ have deeply infected and divided our parliament. Now they have formally divided the Coalition, perhaps fatally.

The Liberal Party is imploding in large part because of climate change.

The feelings that it engenders have latched onto and amplified other tensions and differences in the party and lit the fuse of self-destruction. The prospect of legislating our Paris Climate Agreement target as part of the NEG was just the last straw in a struggle that has been going on since 2009, at least.

Climate change was a major factor in the successive downfalls of Rudd and Gillard and the end of the Labor government itself. And it has been a significant cause of the increasing polarisation in politics, both here and in other parts of the world.

The great divide between US Democrats and Republicans has been fuelled by vested interests who have funded think tanks to sow seeds of doubt about climate change and have made many ‘political donations’ to Members of Congress.

So why is climate change having such a powerful effect on politics? There are two main reasons.

First, the implications of climate change are truly frightening, so much so that for most of us it is too hard to look at. It is so much easier to look away, to keep busy with life and to welcome the soothing words of anyone who suggests that it is not happening. The survival instincts we have inherited from our ancestors are finely tuned to respond to immediate danger but have not yet evolved to encompass more distant threats. We tend to live for the present and for the short-term future. We can think about setting up our kids with a good education and job prospects but find it too hard to think about leaving them a liveable world.

Secondly, our economic system is set up in such a way that it is unable to put medium to long-term risk ahead of short-term gain. Quite simply, the profits to be made from activities that feed climate change are so great that most industries and their customers (that’s most of us) cannot resist the temptation. Furthermore, companies are obliged to grow their business and produce surpluses, but only in the short term. Only recently are they being urged (but not obliged) to factor climate risk into longer-term planning.

This is the way our economic system has evolved and it is inevitable that corporations would use the political power their wealth has generated to keep it evolving in their interests. Funding think tanks, donating to political parties and MPs and lavishing decision makers with their largesse make perfect economic, if not moral sense. Political instability, opportunist politicking and policy paralysis are acceptable forms of collateral damage if the profits keep flowing.

There comes a tipping point however where the damage begins to threaten the economy itself and the society it is supposed to serve. Perhaps that point has arrived, and our current political crisis may be the most glaring symptom yet. 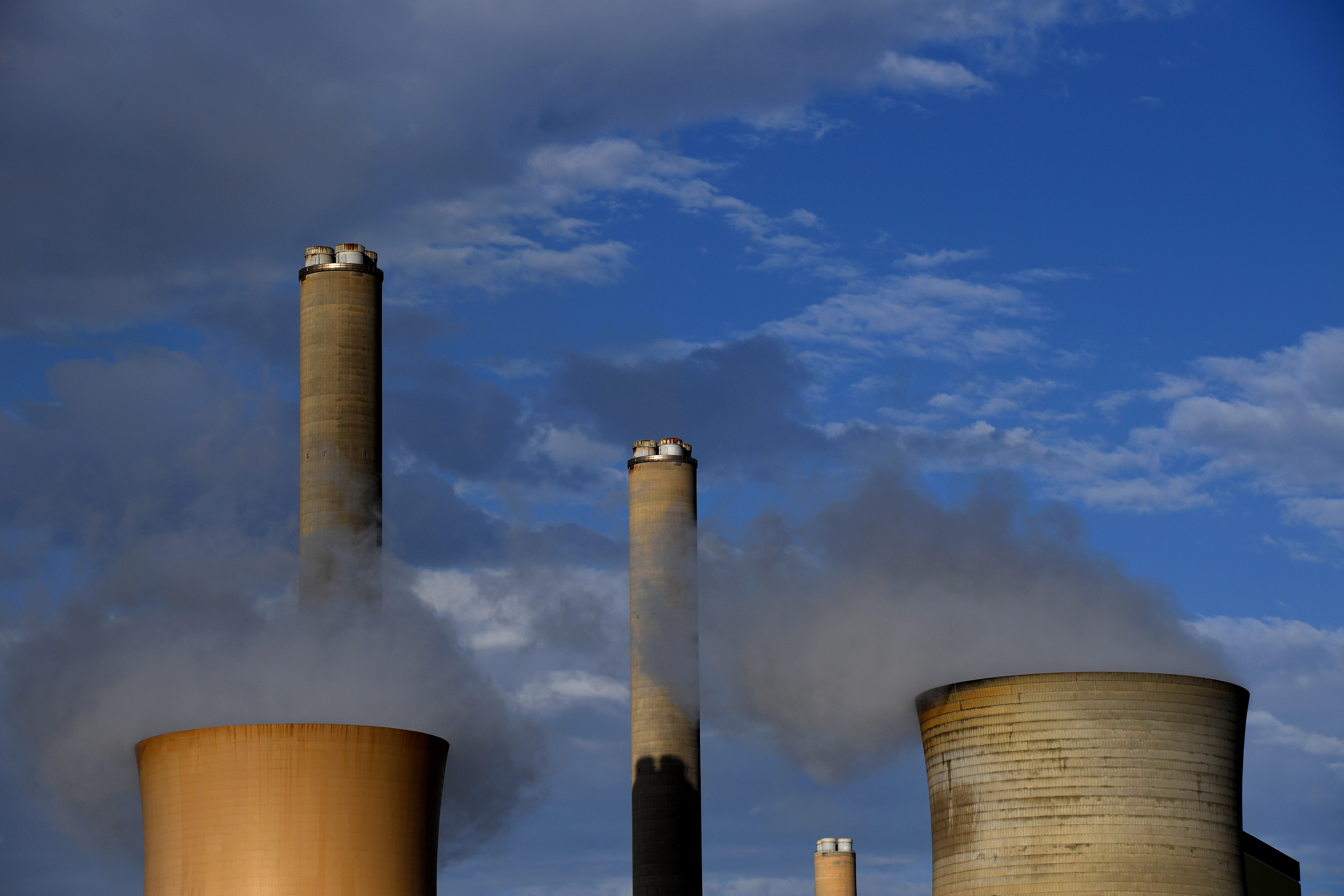 It is clearly time for a change in direction. It is time for cooperation, for collaboration and for healing the great divides that have been driven by our varying reactions to climate change.

Citizens’ Climate Lobby has been nurturing bipartisanship in the US and Australia for some time by focussing on climate solutions in many meetings with MPs and Members of Congress. Our preferred solution is a simple upstream fee on the carbon content of fuels with all of the revenue returned to citizens in ways that protect the economy and enable businesses to avoid medium and long-term climate risk. It would also give the certainty they need to invest in all the industries of the future, not just the much talked about certainty for electricity generation.

As well, Citizens’ Climate Lobby has carefully nurtured the formation of a bipartisan Climate Solutions Caucus in the US Congress. So far this body has brought together 86 members of the US House of Representatives, half Republican and half Democrat. They are collaborating in important ways and paving the way for bipartisan solutions to climate change.

This week’s events show just how urgent this initiative is. It has the potential to bring our political system back from the brink and throw much needed lifelines to our climate system and the economy that depends on it.

Thank you to InDaily for carrying this OpEd.

Search the blog for: